Is Debt Resolution/Settlement Right For You? 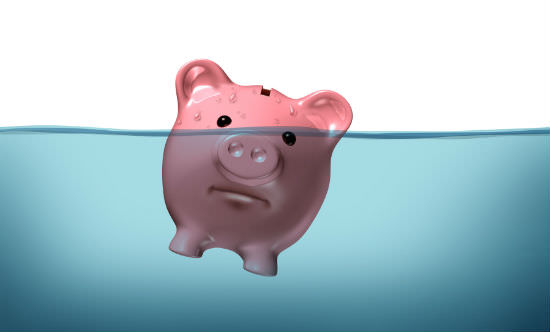 For people with more than $10,000 in unsecured debut, such as credit cards, medical bills, and student loans, and are struggling to catch up then debt settlement programs may be an option for you.

A Debt settlement program is when you agree to pay a percentage of what you owe on a certain account. This happens when a debt settlement company enters into an agreement with the account holder to accept a payment below the value of the balance.

The settlement company will establish a trust account in your name that you will have full access to, which you will make payments to instead of your current credit accounts. This means that you will begin missing payments on the account, which hinders your credit score, and in turn making the account holder more willing to settle the account since they believe it will become less and less likely they will receive the full amount.

Once a certain predetermined limit is reached which the company believes the account can be settled for, it makes the offer to the account holder, to which they can either accept or decline. If the account holder declines then the trust account builds until it reaches a negotiable amount. If they accept, then that account is “settled” and you are no longer responsible for that debt, although that status is also a detriment to your credit score as creditors see that you were not successful in paying the original agreed upon amount. An account that shows any status other than “paid as agreed” or “paid in full” will adversely affect your credit. While an account status of “Settled” is still harmful to your credit, it is a bit better than a status of “Unpaid”. Keep in mind this process affects your credit two separate ways, first from you missing your payments in order to build up the trust account, and then once more from the “settled” account status.

Generally speaking your credit score will drop further if you have a higher score, say in the 700’s rather than the low 600’s or 500’s, and choose to go into a debt settlement option, especially if you settle multiple accounts. If you are already 60 or 90 days late on a payment, then your credit score will not be as severely impacted as it would from be if you are in good standing on your payments. A debt settlement will remain on your credit report history for 7 years, however as time goes on the information has less of an impact on your score.

It is important to weigh your options to determine whether debt settlement is the right choice for you. If your priority is clearing your debt as soon as possible rather than improving your credit score, for example if you already own a home and do not intend to make any big purchases in the near future, then debt settlement may be a viable alternative. After your debt is settled, you are free to open another card or any other line of credit you deem fit in order to begin the process of rebuilding your credit.

Debt settlement is a negotiation process and therefore it is not possible to predict exact savings. Anyone considering bankruptcy should contact a bankruptcy attorney. Not all clients complete their program for various reasons, including their ability to save sufficient funds. Estimates based on prior results, which will vary based on specific circumstances. We do not guarantee that your debts will be resolved for a specific amount or percentage or within a specific period of time. We do not assume consumer debt, make monthly payments to creditors or provide tax, bankruptcy, accounting or legal advice or credit repair services. Our service is not available in all states and our fees may vary from state to state. Please contact a tax professional to discuss tax consequences of settlement. Read and understand all program materials prior to enrollment, including potential adverse impact of credit rating. The use of debt settlement services will likely adversely affect your creditworthiness, may result in you being subject to collections or being sued by creditors or collectors and may increase the outstanding balances of your enrolled accounts due to the accrual of fees and interest. However, negotiated settlements obtained on your behalf resolve the entire account, including all accrued fees and interest.